Future Capital is a global initiative to establish a more evolved relationship between capital and consciousness — using investment capital as a creative force for supporting and accelerating the well-being of current and future generations.

The inaugural gathering of the Future Capital was held at the United Nations in New York, September 12–13, 2019. The Design Team included members of the UN Office of Partnerships, the United Nations Conference on Trade and Development (UNCTAD), and the World Academy of Art & Science (WAAS). The focus of the fifty founding members was to find ways to support and accelerate existing transformation initiatives while also identifying and promoting new and emergent initiatives aimed at achieving an improvement in the quality and speed of implementation of the UN’s Sustainable Development Goals.

The inaugural gathering was followed by a roundtable meeting at World Bank Headquarters in Washington, DC, September 16–17, 2019. The meeting comprised WAAS, the World Bank and founding members of Future Capital. The purpose of the roundtable, was to explore ideas and practical strategies to enhance the effective use of money, financial markets and other forms of capital to address the climate crisis, the implementation of the SDGs and to achieve other objectives that promote the equitable improvement of human well-being at a global level.

Roundtable on the Future of Money: Dubrovnik, Croatia

As a follow-on to these meetings, WAAS hosted a roundtable discussion to explore the psychological and social foundations of money, aimed at understanding the relationship between money, values and consciousness. This meeting was held in Dubrovnik November 18–20, 2019. The roundtable delved into the financial linkage between economic and political equality, and how to utilize money as an instrument for wellbeing of all. For more information, presentations and papers can be accessed here.

Recognizing the importance of the mission of Future Capital, Lawrence Ford, the Founder of Future Capital and Mila Popovich from WAAS were invited to represent Future Capital at the Global Leaders Forum November 18–19, 2019. Organized by one of the top TV stations in South Korea, TV Chosun, the annual forum brings together world leaders and experts on the future of the geo-political, economic, scientific and technological domains. Following the keynote by H.E. Ban Ki-moon, former Secretary-General of the United Nations, Future Capital was introduced to the Global Leaders Forum attendees and the South Korean TV audience. Possibilities for collaborations, future events, and extended presence of Future Capital in South Korea were explored in the ensuing meetings with the country’s leading political, finance and business and media leaders.

Lawrence Ford represented Future Capital at the Expert Group Meeting on Sustainable Development Investing and Impact Measurement on December 10, 2019 at the United Nations. This expert group meeting built on previous IATF (Inter-Agency Task Force on Financing for Development) work and served as an input to the work of the Global Investors for Sustainable Development Alliance, which was launched by the Secretary General in October 2019. This Alliance brought together thirty of the most influential CEOs who have committed to foster the harmonization of standards for sustainability reporting and measurement to enhance the impact and transparency of investments for all stakeholders.

The Consciousness Program is focused on the nexus of consciousness and capital. Future Capital is actively exploring integrating the diverse and rich contributions of the founders group into a global transformation education program. The purpose of this program will be a) to support and accelerate the implementation of the SDGs and b) to raise the level of consciousness of business and political leaders, thereby increasing the level of well-being of humanity and providing a sustainable future for generations to come.

The Capital Program’s phase one is focused on a UN-hosted meeting with leaders in the financial services community aimed at securing commitments to regenerate and transform their policies and take directed funding action toward creating a more conscious and inclusive capital system. Monthly meetings have been held with our UN sponsors to discuss progress, solicit feedback, and review requirements for success. Efforts to date have focused on producing the required materials and informal testing of CEO and CIO willingness to participate is on-going. The phase one plan has key milestones in April 2020, June 2020, and August 2020, with interim milestones and deliverables in between. At the same time, the Capital Group will continue to nurture and gather individuals and organizations that focus on capital for the common good and are committed to abiding to the stated mission of Future Capital.

In 2020, Future Capital will convene a global Future Capital Summit at the United Nations in collaboration with the World Academy of Art & Science (WAAS), the UN Office of Partnerships, UNCTAD, and other like-minded organizations. The aim of the Summit will be to expand the network of participating individuals and organizations and build momentum for accelerated change. The target date for the summit is mid-September 2020.

WAAS is partnering with the United Nations Office of Geneva (UNOG) on a project and initiative: Global Leadership in the 21st Century (GL-21). Asking what kind of leadership it will take to lead humanity into a new paradigm of human development, this multi-stakeholder, multi-sectoral project will highlight innovative strategies and effective principles to accelerate the emergence of dynamic leadership for successful implementation of the SDGs and for rapid social transformation. Future Capital is the lead partner in the Business and Finance sector of the project. GL-21 will culminate in a major two-day conference at UNOG on October 27–28, 2020 marking the 75th Anniversary of the United Nations.

Future Capital is committed to activating the power at the nexus of consciousness and capital for societal transformation. The events that we convene or participate in are intended to bring together diverse and richly experienced individuals and groups drawn from business and finance, arts and sciences, academia, and world wisdom traditions. We seek to tap into a field of collective intelligence and identify high-potential, grounded actions that serve the common good through multilevel connections and opportunities:

Bilateral — Aligning and collaborating with others who share a common purpose.

Collective — Reaching an understanding, as a group, on actions that can influence economic systems.

Steven Lovink: Visioneer; Bridge-Builder; Philanthropreneur; Founder of Planet2025 and Power of One

We will be hosting an online event on September 11, 2020 to celebrate the one-year anniversary of our inaugural gathering and continue to facilitate cross-pollination among the amazing people and organizations that have been called to activate and embrace the transformational power at the nexus of consciousness and capital.

Sign up for news and announcements to stay up to date!

You are invited to join us in creating a new system based on higher consciousness, mutual interdependence, compassion, integrity, and respect.
Thank you! Your submission has been received!
Oops! Something went wrong while submitting the form. 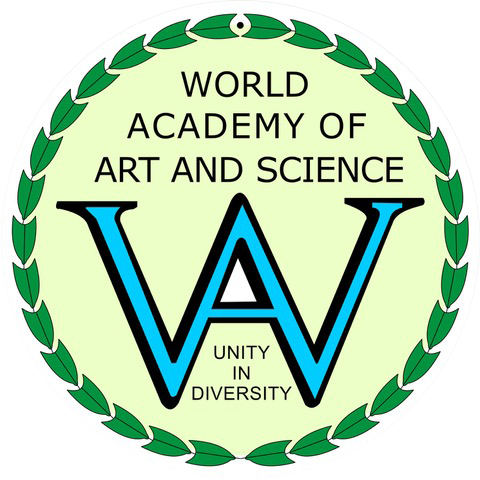